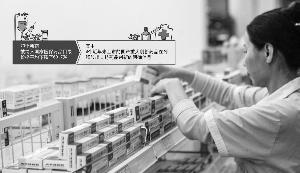 a chronicle of new edge poets in the 21st century (volume 2).

in the winter of 2012, i browsed a poetry website and haply chatted about the past life in wuchang. a female “child comes riding a bamboo horse” by net name said that, she once worked at dadikou elementary school. i asked her about the details, and knew that the house where she lived before was surprisingly where i lived then. so we were suprised across the computer screen and i wrote this poem to lament the years flying away and marvel at the luck of knowing each other.

in childhood in cross dyke i did abide,

in my dream i rode a plume to a tower

i used to listen to rain ’gainst the rail;

she cut paper by the lamp shadow frail.

i shuttled on the flyover twice, thrice

and saw on a going wedding of mice.

they offered her a roll to show who’s who;

a chestnut has a nut to crack, that’s true.

the strollers went through a kaleidoscope and,

beside the mirage castle she did stand.

rose balm can cause a striped tiger to sleep.

i rode my babe bike and by the steps swirled,

bumped into by her and by her skirt whirled.

the veranda held all souls, everyone

was moving on and we were seen by none.

she turned back to smile, blossoming with glee;

rosy lips, dewy dimples, she walked thru me.

every moment was tipsy with her balm,

and the window carved by her moonlit charm.

years later she danced on the playground old;

the grass bathed in dew in the dawning gold.

biosketch of the translator: